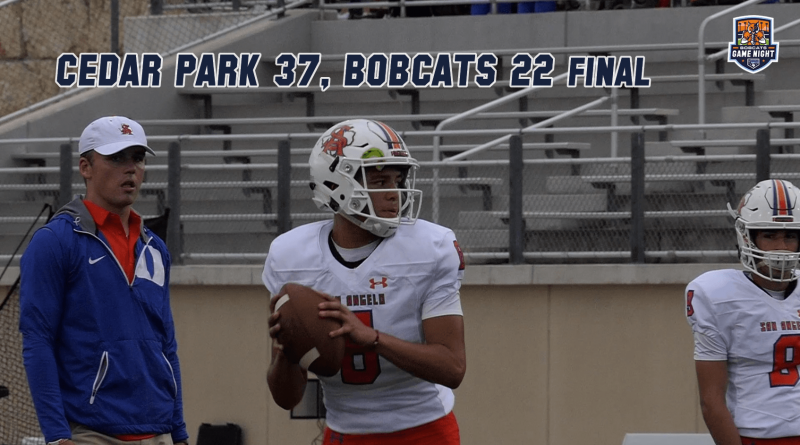 Things didn’t go according to plan in Friday Night’s 37-22 loss at Cedar Park. But in a game where their 25 game regular season winning streak was snapped, there were positive signs, especially in the second half. It was Malachi Brown’s first start at QB and after a shaky start he showed signs of his potential in the second half. Most notable was a gorgeous throw across his body to Tanner Dabbert for his first career touchdown pass. Next up for the Bobcats it’s homecoming next Friday vs. El Paso Pebble Hills. It’s one more game to gel before district play starts the next week.