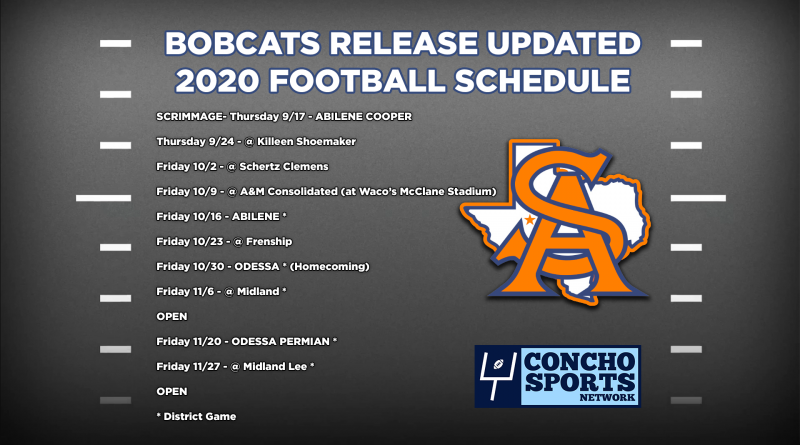 The Central Bobcats have an adjusted fall schedule that will start on Thursday, September 24th at Killeen Shoemaker.

The schedule includes nine total games and three home games. There will be six road games, with one being a neutral site game vs. A&M Consolidated at McClane Stadium in Waco.

Gone from the original schedule are El Paso Montwood, Austin Vandegrift, and Amarillo Tascosa. Two of the three were replaced by Schertz Clemens and the previously mentioned A&M Consolidated.

Home games in all caps

All games start at 7pm