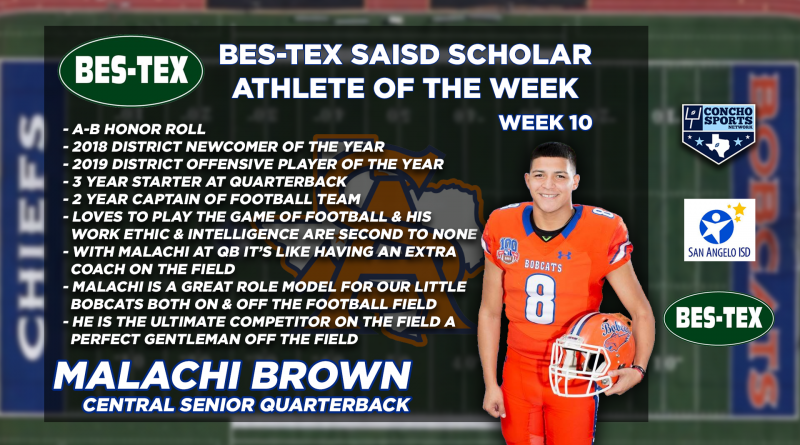 Congratulations to Central senior QB Malachi Brown – The BES-TEX SAISD Scholar Athlete of the Week! It was a big week for Malachi as he was named Homecoming King on Thursday in addition to this honor. Plus he led his team to a huge homecoming game win over Odessa while tying a school-record for TD passes in a game for the second time this season.

Malachi is a great leader and role model for his team, classmates, and all the little Bobcats out there who dream of being the next QB1 for the #AngryOrange. He’s also a smart young man who is on the honor roll and is described by his coaches as being like having another coach on the field.